A year has passed since my last blog post and my love for clay shooting has certainly not diminished in this time; whether that’s talking about it, thinking about it or actually pulling the trigger! In fact, my passion for this sport has probably grown stronger! But until now I didn’t feel I had much more to offer anyone through my writing.

Anybody who follows my progress on social media (or knows me personally) may have seen that recently I’ve turned a bit of a corner with my approach to shooting, and this has been reflected in my registered scores. I seem to have found some consistency and I’ve had a few ‘successes’ albeit on a minor level. This isn’t by accident; I’ve had to work hard towards my improvements and adapt my approach. But it was actually a rather personal ‘non shooting challenge’ I faced earlier in the year with a huge goal to achieve that has helped me on my way towards this sea change…

Last year was a pretty tough year for me. I experienced a few family bereavements, one of which shocked me to my core and it honestly changed how I view the world forever. My cousin passed away after losing her short battle with cancer, aged just 36. I’d never lost anyone so close to me at such a young age with such tragic circumstances; she was a beautiful, bubbly and courageous lady who was a mother of 3 young girls, all under 10 years old. It was devastating and I still can’t really get my head around her not being with us anymore. But to mark the year anniversary of her passing away (and to give my family something positive to focus on) I decided to set myself an enormous goal; to swim 15km (9.32 miles) across the month of April to raise money for the charity ‘Winston’s Wish’. They are a childhood bereavement counselling service that have supported her daughters since. 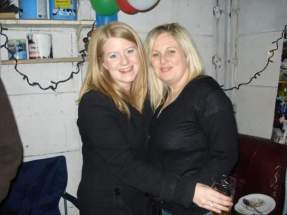 I am used to regularly swimming 1-2 miles (64-128 lengths of a 25m pool) a week, but to hit my target of 15km I had to swim a minimum of 160 lengths each and every week! The first few weeks were fine, but after a fortnight I seriously started to struggle. With working full time, and also trying to keep up with my Sunday shooting competitions, I got incredibly fatigued. I remember sitting down one morning in tears wondering how I would complete it. I was raising money for charity, and didn’t want to let anyone down, but to carry on also felt like a massive feat when I was so exhausted. I also hadn’t realised how the physical demand of this relentless swimming would affect me psychologically. I couldn’t think straight, got confused easily; often needing my work colleagues to repeat questions to me, and I must have been a nightmare to live with! 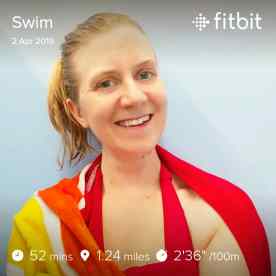 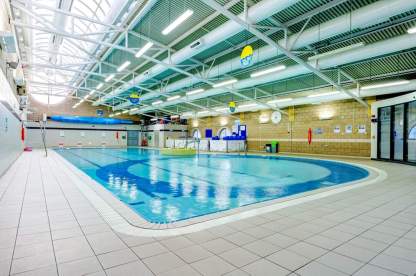 Thankfully, I had some amazing support. Joe regularly reminded me that although he thought I was a bit bonkers for taking the challenge on, I am a strong woman and he knew I would complete it once I’d put my mind to it. He also ensured I was well fed! One of my sisters came swimming with me one evening to keep me company in a busy pool. The messages and the sponsorship that both friends and complete strangers provided was amazing, particularly those in the shooting community. Slowly I got closer to my end goal, and I began to believe again that it was achievable. As I approached my last session in the pool I decided I could test myself a little further and swim an extra 44 lengths to round it up to 10 miles…and I did it! I proved to myself that I was strong and determined enough to go beyond what was expected of me. Astonishingly I also raised £1,000 for charity which made it so worthwhile! 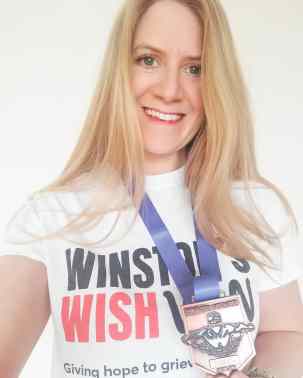 So, why is this relevant to my shooting? Well, it was the first time in my life that I’d really pushed myself both mentally and physically towards something that at times felt impossible! I realised that putting a goal in place could make me focused, and having the right approach and with the support of others I could complete it.

Sometimes with my shooting I’ve felt like I’ve not been able to ‘break through the barrier’ to progress; often repeating the same mistakes or putting in the same low scores when I’ve known deep down that I could do better. At the time of writing, I’m still in C class for the Clay Pigeon Shooting Association classifications, but with shooting registered competitions every week for 4 years and getting close to hitting 80% a few times in this period, I was getting wound up that I would never achieve this and I didn’t have assurance in my ability to get better.

But I did get my 80% at the end of July without even realising that I was on track for it. I was over the moon! Then 2 weeks later at a different ground I put in another new PB of 87%! It doesn’t necessarily mean I will always do well, but I have proved to myself I could do it, and I have far more self-belief in my abilities now.

It’s true that you need confidence in order to shoot well but it can certainly be a bit of a vicious circle, when need to shoot well in order to feel confident! Once you start to develop a little assurance it can be easier to pick yourself up if something goes wrong, or to learn and move forwards. So, what have I done differently to shoot better? 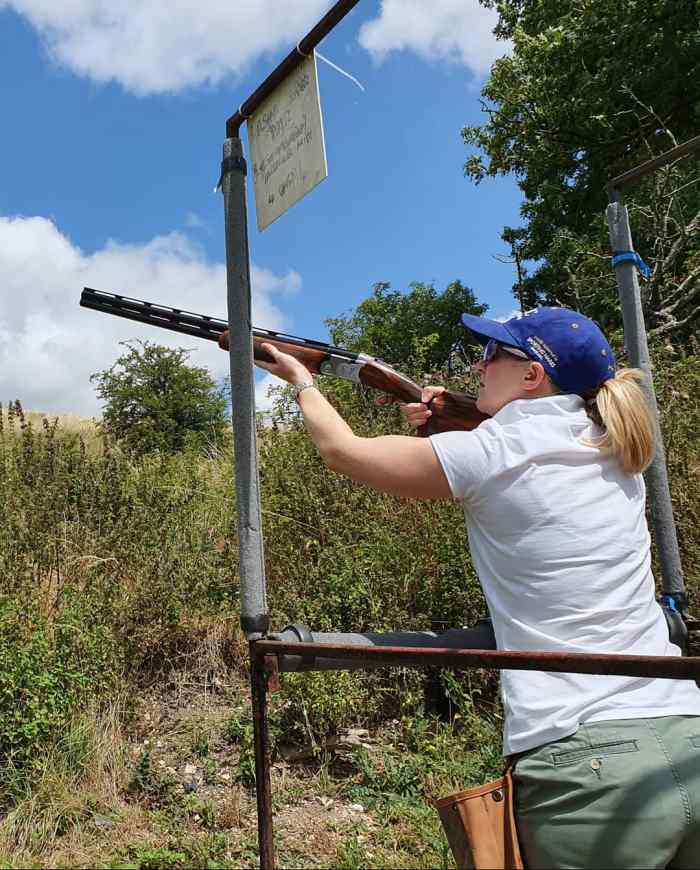 In my last blog; ‘Guns for Guns’ I wrote about how keeping fit has really helped me with my shooting. I won’t go into masses of detail here as it is well documented in the previous post, but essentially I have worked hard towards increasing both my arm and core strength. My gun is quite heavy (just shy of 9lbs) so being able to control how I move it is essential and this means that I need good arm strength and stamina. Additionally I have noticed that the better my core is, the better I seem to shoot. I have improved in these two areas through a variety of weight bearing exercises at home, as well as my TRX classes and the regular swimming helps too. As I have continued in my journey to get fitter, my shooting has also improved. 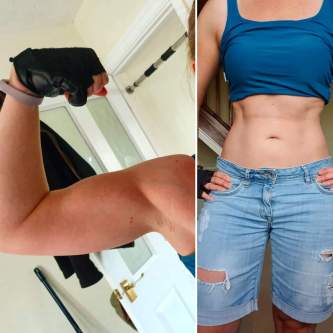 “World-class performance comes by striving for a target just out of reach, but with a vivid awareness of how the gap might be breached. Over time, through constant repetition and deep concentration, the gap will disappear, only for a new target to be created, just out of reach once again” – Matthew Syed, ‘Bounce.’

Previously when we went out practising, I used to shy away from targets that I found harder to understand. It would feel disheartening to stand in front of a target presentation, trying again and again to hit it (but missing) and not understanding why or misreading what angle or line it would take. But I’ve realised that you can’t progress without tackling your problem areas. This means that you need to adapt what you’re doing – if you do what you’ve always done, you’ll get what you’ve always got. Perhaps you need to change your hold and kill points on a target? Perhaps you need to change the style of movement you use on a target? I am still learning but I am lucky to have some very good shots around me who can help. For you, it might be helpful to get a series of lessons with a coach you know has helped others before you.

I’m a natural born worrier – I think many of us are unfortunately! But I’m trying to train myself not to be. We all know that chasing a specific score in our heads doesn’t ever work in shooting – how many times have you thought ‘I would really like to achieve XX today when I finish this competition’ and then you start to get frustrated when you know it’s unlikely because you’ve missed too many clays in your first few stands? If this is the case, chances are you need to change your mindset; how you view things. I’ve often needed to remind myself why I started shooting competitions; I never began with the view that I was going to achieve great scores. I started competition shooting to become a better shot; to learn ‘on the job’, to have fun, to enjoy myself and to find that sense of satisfaction at the end knowing that I’d shot some targets well! I always know that there is always room for improvement, but that’s ok because I am still learning.

My best scores have generally occurred when I had no idea that they were coming; I might have known that I was shooting well or consistently, but I didn’t take notice of how this was adding up on my score card. Then it’s been a lovely surprise at the end!

If there’s one big change you can make, it’s to stop worrying or getting wound up about things that are beyond your control. There will be many things you come across in shooting that can distract you or feel unfair. I’ve often found that targets can be hugely affected by the wind. I used to get quite upset about this; I might have watched someone in front of me who managed to breeze through (excuse the pun!) a straightforward stand but the wind has picked up just as it’s become my turn and as a result, in a few moments my targets have gone from being easy to ridiculously hard! That used to upset me. Now, I try to laugh it off and just think to myself that it’s the luck of the draw; some days you get lucky and at other times it’s just not your day. There’s no point in fighting it; far better to accept it for what it is (it happens to everyone even if it doesn’t look like it!) You can only try the best you can, keep relaxed and laugh it off if it doesn’t go your way. 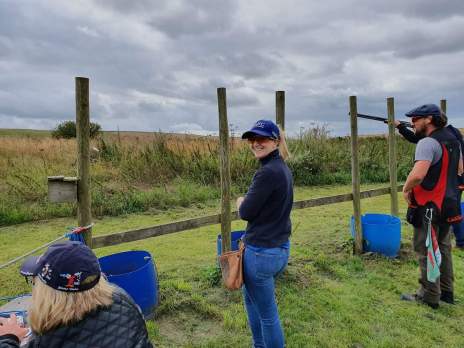 I guess the biggest lesson I’ve learnt from my shooting journey so far, and life in general, is that nothing is guaranteed. It’s easy to get frustrated when things don’t go your way (or to become complacent when they do) But you don’t know what is around the corner. 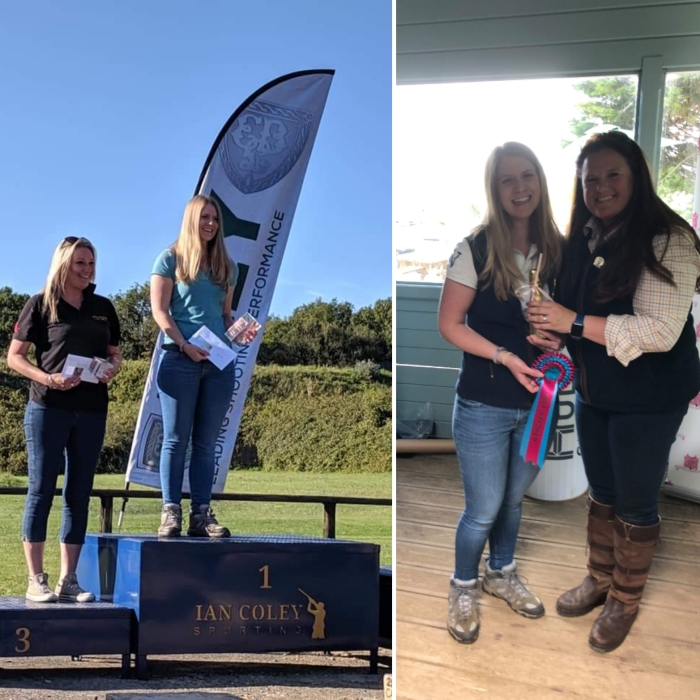 There are things I can try to control that may help me achieve my goals; my fitness, how I use practice sessions and the way in which I view things with the right mindset. Yet there are far, far more aspects completely out of my control such as bad weather or “no birds”. Worrying or getting annoyed by this is not going to change anything. In fact it’s more likely to detract from my shooting. A good score is a bonus, but it doesn’t matter if I don’t get it as I’ve remembered why I love to shoot; it’s all a bit of fun and I’m making the most of each moment!

View all posts by zea85

This site uses Akismet to reduce spam. Learn how your comment data is processed.