When I first started shooting registered competitions 2 years ago I was very fortunate to be introduced to them by someone who had a lot of experience in shooting. This meant that it was slightly easier for me going into an unknown environment because I had someone there to give me a few pointers about what to expect and the way that I should conduct myself. I was very concerned that even if I couldn’t hit many targets, I should at least try to look like I knew what I was doing! Although clay shooting is an individual sport, it is wise to consider how best to get along with other people. Clay Shooting comes with a relatively small community and it is more than likely you will see the same faces at different places.

The most important thing I learnt was how to be a ‘safe gun’. Knowing how to handle my gun safely was not only important for me, but reassured others on the shooting ground that I was safe to be around. Unfortunately, I have to say that from time to time I will see someone else who does not have the safest gun handling, and have sometimes been shocked to see a person walking around with a closed gun. I’ve had to remind them to keep it broken! Learning to be safe is singlehandedly the best way to get along in the clay shooting world.  But there are a few other tips that I have picked up too. Although these will apply mostly to competition shooting, these points can also be useful to remember when shooting at club level too… 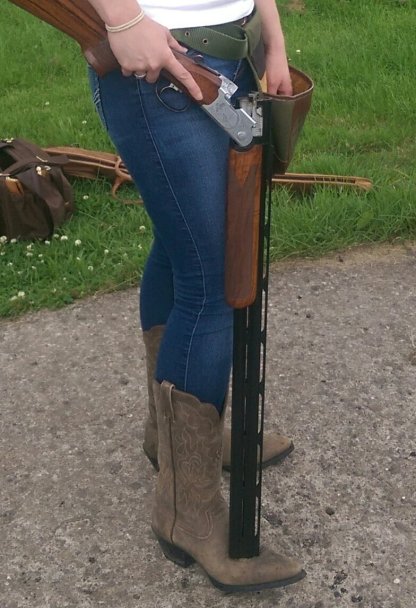 Beware of talking behind someone who is shooting.

When you’re shooting you’ll be wearing ear defenders and this can sometimes make it difficult to be aware of how loud your voice can be. For the person who is shooting it can be particularly distracting if you hear a loud conversation behind you! I have terrible focus in the stand and know that I often end up becoming more aware of the people behind me if I can hear a loud conversation occurring, rather than concentrating on the targets in front of me! Given the availability of different types of hearing protection, many shooters may not find themselves distracted by noise behind them, but it’s considered polite to minimise the volume of your conversation whilst another person is shooting.

At any shooting ground, the course setter will think of a variety of target presentations and will sometimes alter the stand’s position to test shooters’ abilities in addressing the targets. This may result in the visual pick up point of a target being at the same place where you can see other shooters walking up to the stand, or queuing for their turn. Wherever possible I would advise anyone who is waiting to shoot to be aware of not getting in the eye line or peripheral vision of the person shooting. Although you may be in a safe position, it can be distracting to see other shooters when you are trying to shoot.

Be careful of personal space too! Most clay shooters are happy for the next person shooting to briefly stand behind them in the cage to look over their shoulder at the targets, but don’t stay too long or get in their personal space. It’s rather annoying when you become more aware of what’s behind you rather than what’s in front of you!

Handing your cards to the referee

When taking part in a registered competition it is very likely that you will find yourself queuing at a stand before you can shoot the targets. At this point you should see that there may be people who are already waiting for the referee to take their cards from them. Most shooters will know that is not considered polite to hand your card over when a person is already shooting or just about to start because this will distract the referee from their job of pushing the buttons and marking the hits or misses. Wait for a break in shooting, and if you see someone behind you also waiting, offer to take their card and submit it to the referee at the same time. Thus, creating the minimal of interruption for the already busy referee. 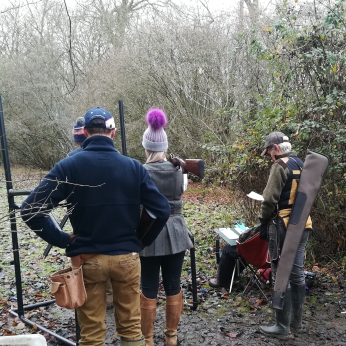 Carrying on from the above point, if there’s a lot of people waiting to shoot a stand it can be quite frustrating for all if one person isn’t aware that they are next to shoot. This is especially annoying if they take time to fetch their gun out of the slip, get their cartridges ready etc. When you arrive at a stand take note of who is in front of you. Although the referee should call out the person who is shooting next, this isn’t always the case, or you may not hear it. So, you can avoid irritating others by being ready when it is your turn. 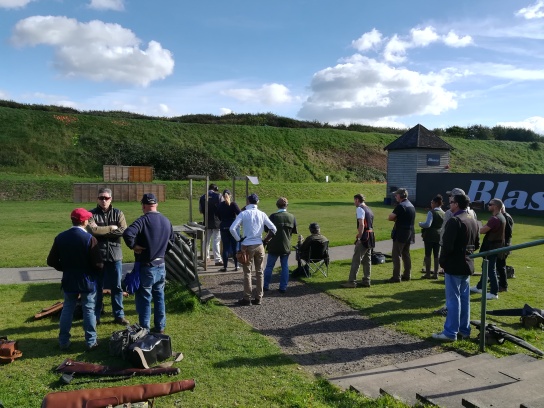 Although some of what’s written in this blog might be stating the obvious to some, you’d be surprised how many people forget simple etiquette when they are shooting. Everyone who takes part in clay shooting has paid for their time on the shooting ground, and deserves to have a good experience. By becoming more aware of your surroundings and ways to interact with others you will make it easier to feel part of a very supportive community.

View all posts by zea85

7 thoughts on “Shooting Etiquette – Getting along in Clay Shooting”